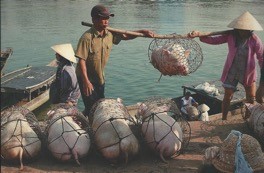 Abstract/Description
Investments in animal health and Veterinary Services can have a measurable impact on the health of people and the environment. These investment cases require a baseline metric that describes the burden of animal health and welfare in order to justify and prioritise resource allocation and from which to measure the impact of interventions. This paper is part of a process of scientific enquiry in which problems are identified and solutions sought in an inclusive way. As such, it poses the broad question of what a system to measure animal disease burden on society should look like and what value will it add; and does this in a way so as to be accessible by a wide audience which is encouraged to engage in this debate. Given that farmed animals, including those raised by poor smallholders, are an economic entity, this system must be based on economic principles. These poor farmers are negatively impacted by the disparity in animal health technology which can be addressed through a mixture of supply-led and demand-driven interventions, reinforcing the relevance of targeted government and non-governmental organisation financial support. The Global Burden of Animal Diseases (GBADs) programme will glean existing data to measure animal health loss for carefully characterised production systems. Consistent and transparent attribution of animal health loss will enable meaningful comparisons of burden to be made between diseases, production systems and countries, as well as how it is apportioned by people’s socio-economic status and gender. GBADs will produce a cloud-based knowledge engine and data portal through which users will access burden metrics and associated visualisations, decision support in the form of future animal health scenarios and the outputs of wider economic modelling. The vision of GBADs – strengthening the food system for the benefit of society and the environment – is an example of One Health thinking in action.

You can find the full paper here in the OIE Bulletin.