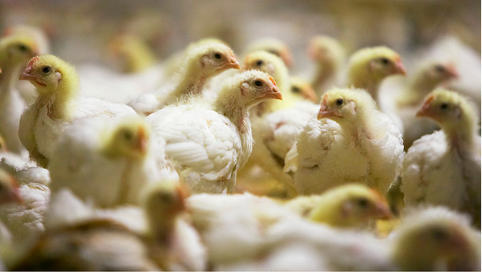 Abstract
Slaughterhouse condemnation of broiler chickens results from identification of polymorphic pathological conditions during meat inspection from arrival and on the slaughter line. While conditions that result in condemnation are multifactorial, identification of factors that are common for a number of categories could be valuable for developing strategies to reduce total condemnation. This study aimed to identify those condemnation categories that were most common in batches of broiler chickens and to determine and compare associated risk factors. In the first step, retrospective meat inspection records for 55,918 broiler batches from one large broiler integrator for 2015-2017 were used for association rules analysis. Results identified a network of nine associated condemnation categories: whole carcass condemnation for ascites, abnormal colour, perihepatitis, cellulitis, hard breast, tumours and dead on arrival, and liver only and heart only most often associated with hepatitis and pericarditis, respectively. Whilst the longitudinal study collected data on 109 explanatory variables from broiler parental flocks to slaughterhouse characteristics between January 2015 and December 2017. Condemnation outcome data were obtained from meat inspection records for 539 broiler batches participating in the study. Parental flock-, rearing farm-, shed- and transport-level risk factors were assessed for each outcome using mixed-effects multivariable Poisson regression including shed and farm as random effects. A Poisson regression tree method was used as the first step to identify variables most relevant for analysis and comparison across the outcomes. No single production factor was associated with all nine of the condemnation outcomes investigated in this study, although some were shared across multiple outcomes: age of parental flock at time of lay, flock-level Campylobacter spp. frequency, broiler chick weight at seven days of age, weight at slaughter, type of broiler removal (i.e. thinning, final depopulation), catcher team, number of birds per transport crate, slaughterhouse shift number, and type of slaughterhouse line. Broiler chickens removed during final depopulation were at greatest risk of condemnation. Condemnation rates for cellulitis and tumours were found to be higher in broilers inspected by night shift at the slaughterhouse. Discovery of an apparent protective effect of a higher number of broilers per transport crate was unexpected. These findings provide information for the broiler industry on production chain factors that might be amenable to targeted intervention to improve future efforts for control of condemnation.